“Our greatness lies not so much in being able to remake the world as being able to remake ourselves.” ~Gandhi Your positive attitude towards every situation is the biggest indication of the strength within you and is the most admirable and contagious attribute of all. The fact is, most people are bombarded by negativity each day. Sure, it’s easy to cast blame by saying you’re surrounded by negative people.

However, the reality is that a lot of the negativity is self-inflicted and influenced by the company you keep and your personal perspective on life’s realities. By changing your attitude in a positive way, you can change your life on a personal and professional level.

How does your attitude affect you professionally? Even more than hard work, your attitude will determine your productivity and success. More than almost any other factor, your perspective on the situation you’re in affects your ability to get work done. “If you don’t like something, make a change.  If you can’t change it, change your attitude.” – Garren Coetzee

Positive thinking is an essential but insufficient ingredient for success. Followed by action, grit and hard work, positive thinking will uplift positive emotions, giving us more energy to handle adversities on the journey. Positive attitude involves not only setting goals but thinking positively about them to ignite the law of attraction. Positive attitude is the motivation to invest resources to accomplish your goals and face brutal realities with positive reaction. It’s about making positive choices and, whatever the circumstances, you always have a choice. People with positive attitudes resist the temptation to become victims and to wallow in self-pity. A positive attitude helps one to use curiosity to try and understand the source of the challenge and to gather information before jumping to conclusions. A positive attitude acknowledges and embraces failure as a necessary part of learning, ultimately resulting in success rather than defeat. It enables one to retreat and change direction to fit new terrains and eventualities rather than to get trapped in a neverending series of setbacks.   Positive Psychology is defined as ‘the scientific study of what makes life most worth living’. It is commonly referred to as ‘the science of happiness’. The forefathers of Positive Psychology, Dr Martin Seligman and Dr Mihaly Csikszentmihalyi, describe positive psychology as follows: “We believe that a psychology of positive human functioning will arise that achieves a scientific understanding and effective interventions to build thriving individuals, families, and communities.” Here are 7 points that prove a positive attitude can make you more productive:

How a positive attitude affects us personally: I am someone who suffers from severe anxiety.  Since the age of 16, my ambitious nature has been slowed down by inexplicable, overwhelming feelings of emotional defeat, failure, nervousness and sensitivity, and sometimes for no apparent reason.

I was prescribed these little white pills, which contained a boost of serotonin, to help balance out my anxious nature. From then I had to come to terms with the fact that I was a sufferer of anxiety, which at the time I thought made me a weak person because “I just stress too much”, or “I’m too sensitive”.

Since then and throughout my experience with this mental and physical struggle, I have learnt so much about myself, about other people and how much of a difference your attitude can make to your life. Have you read the book called Man’s Search for Meaning by Viktor Frankl? if not, I urge you to. Frankl was a neurologist and psychiatrist who was imprisoned in a Nazi concentration camp during World War II.

He was forced to work as a slave labourer and to watch many of his peers die slow and miserable deaths.  He was separated from his wife, mother, and father, and lost them all before the war ended. But what did Frankl learn from his time in the concentration camp? Here’s what he had to say: “Everything can be taken from a man or a woman but one thing: the last of human freedom -, to choose one’s attitude in any given set of circumstances…”

When I read those words, they resonated so strongly with me that they were ultimately the start of the new way in which I would consciously approach every situation going forward.

I started taking steps to learn how to help myself and to change the way I see things, by adjusting my attitude towards myself, life and the people around me.   Old habits are hard to crack, though; at first, consciously making the decision to react differently to situations was difficult and tiring, but soon enough it became easier and less of an effort.

Many of the obstacles I faced slowly started to resolve themselves somehow, and I have never looked back. I have learnt so much about myself and others, and continue to do so every day.  The power of the mind is a great and beautiful thing.  People are fascinating and complex creatures with the ability to be whatever and whomever they decide to be. I have learnt to adopt and live by the points below in an attempt to build or create a better-quality life, surrounded by positivity:

I have worked for a company like I am sure many of you have, where staff are treated as “just a number”, and not like the people they are.  Everyone out there is working hard towards achieving something in some way or another and trying to make a living with the life they were given.   Often, we tend to treat others as if they are less than us, just to bask in the moment of believing we are better, or worth more than them.  However, regardless of how much more money you may earn than they do, or the power or level of responsibility you have, you too are just a person, with insecurities and faults who is, much like the rest of us, working towards a better life.   In the end, we are all human, we all have our faults.  Those of us with a positive attitude towards ourselves and others are ultimately ones who are truly the most successful.  We were put here for a reason, to make a difference: Why not start with the way we treat those around us, despite our differences? #MakeItMatter Flume, as an organisation, strives to uphold a standard that makes a difference, which is expressed in the company’s mantra: #MakeItMatter. As one of the newest members of Flume, the first thing I learned was that anything and everything is possible here, and the weirder the better. I can proudly say that all Flumers truly make a difference when it comes to adopting a positive attitude in every situation given, exuding productivity and quality work and by treating people in the manner they are meant to be treated: like people. This is what #MakeItMatter means to me. Anything and everything is possible at Flume, and I am proud to be a part of the family. 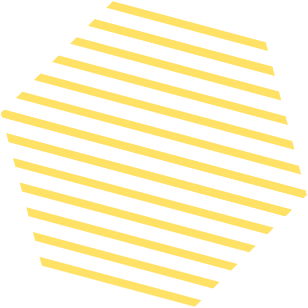